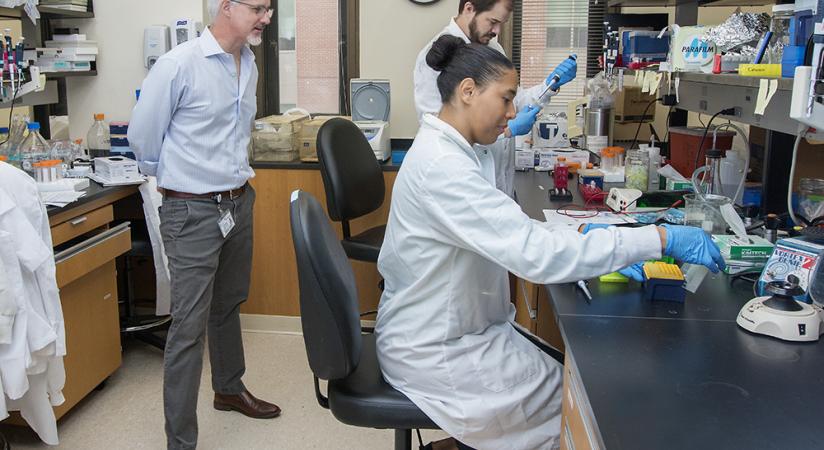 A collaboration between scientists at the Medical University of South Carolina and clinicians at the Greenwood Genetic Center has yielded new findings about how a particular gene might regulate brain development.

Those patients have a rare form of autism called MEF2C haploinsufficiency syndrome. Basically, one of their two MEF2C genes in each cell is nonfunctioning, and the one non-mutated copy of the gene isn’t powerful enough to regulate brain development the way it should, said Christopher Cowan, Ph.D., chairman of the Department of Neuroscience, whose lab conducted the study. The result in humans includes an inability to use language to communicate, epilepsy, repetitive movements, low muscle tone and breathing problems.

Cowan said the results of the study raise new prospects for treatment.

“We know the problem. The individuals have half as much MEF2C as they need. So, from a therapy standpoint, I think it opens a lot of interesting doors. We can think about ways to introduce more MEF2C into the brain during critical periods of development,” he said.

It’s not yet clear when interventions could be effective or if there is a developmental point of no return, he said. However, he noted that most children with this syndrome experience seizures by 20 months old, which could be a trigger for genetic testing and then potential treatment.